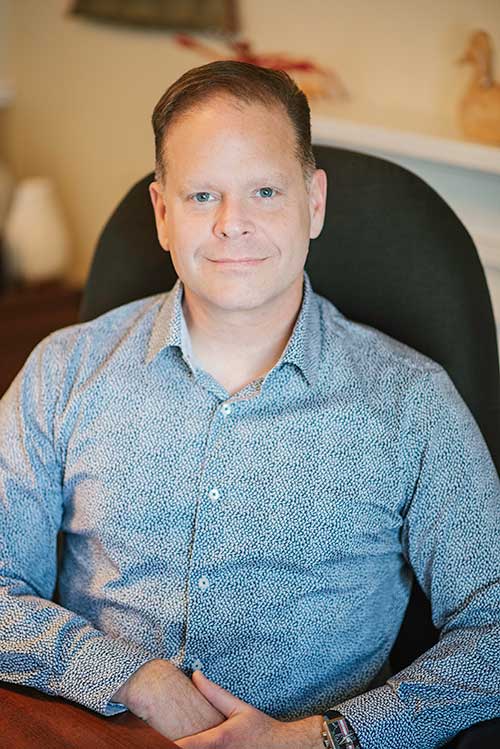 As a young person, David knew that whatever career path he took, helping others would be his primary goal.  As it would happen, his path led him to the law field, where today he finds great satisfaction in helping his clients by providing a wide range of legal services with both attention and care.

David grew up in central Halifax, but has been happily living on the “Darkside” in Dartmouth since 2012.  A graduate of Dalhousie Law School, he was called to the Bar in 2005. Blair MacKinnon invited David to join the practice at Heritage House in 2012 where he has been happily practicing ever since.

David’s is a general practice, with an emphasis on real estate transactions, providing his experience and expertise to clients for their purchases, sales and financing for both residential and commercial deals. David also has significant experience in the Estates field, preparing wills and powers of attorney and assisting with estate matters. Additionally, David provides counsel regarding all manner of contracts and assists with small business matters such as incorporations and the review of commercial leases and franchise agreements. In every case, David’s goal is to provide timely, valuable advice and unmatched service to every client.

David enjoys running and you may encounter him racing up and down the hills of downtown Dartmouth during lunch hours. He is also long time musician and has a great time playing drums in his band After Hours. David truly treasures the time he spends with his two young daughters, who remind him to laugh, play and keep things in perspective.

David is a member of the Canadian Bar Association and the Real Estate Lawyers Association of Nova Scotia.   He has sat on the Board of Governors for Northwood since 2012 and chairs the Safety and Quality sub-committee of the Board.